Life as a Contract Pilot

Contract Pilots are not allowed to tell you what the job is like. Personally I find this a bit weird as having secrets goes against the grain for me. But I suppose some activities are at personal risk, are cloak and dagger, and money and power must, as usual, be the reasons behind it all.

As a pilot, I can attest we don't really give a damn about the politics. It's all about the flying for us! So here is the down low about this type of flying, anonymously brought to you, so you have a clear idea on what you may be getting yourself into if you want to fly on Contract in Africa and the Middle East. 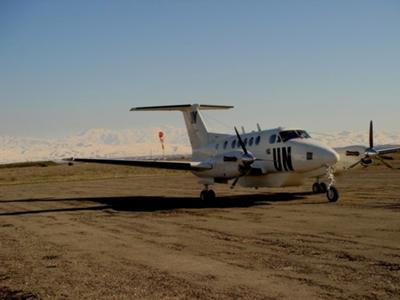 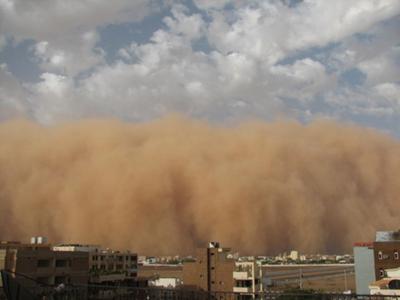 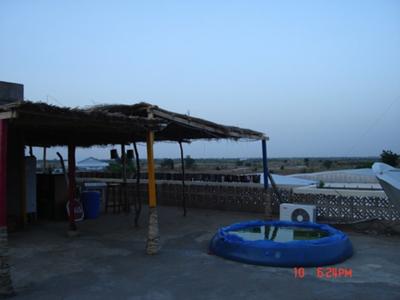 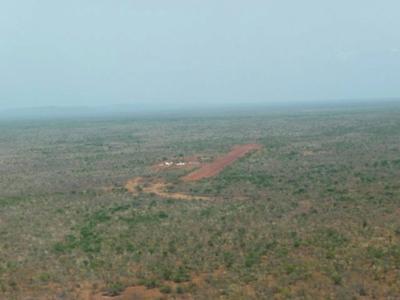 So there you are, with a commercial license and maybe more than a few hundred hours under the belt. It’s just no more fun to fly around in the circuit with a student who is trying to kill you. Or maybe you have gone up the ladder a small step and have found new freedom in a Seneca or a Baron, tearing up the skies in the Lowveld. But you always want more.

Everybody talks about contract flying and the fun and joy that goes with it.

Let’s start off with some facts:

Currently there are just a handful of contracting companies left in S.A. Some of them are:

To fly on contract you need one of 4 basic ratings. Others may apply, however these are the common ones:

The ratings cost quite a bit of money. These days it is very rare that a company will be bothered to pay for you to fly for them.

There are four basic contracts.

Internet and cell phone is usually either/or. Either it works or it doesn’t.

For the most part you will not be paid for the time off.

Let’s take a look at all the NEGATIVES and hurdles to overcome.

The most prominent contract flying out there will be for the UN or some version of that.

The UN DPKO missions, (Political side), have high requirements for hours and experience. The common figure is 3000hr TT with 500 PIC on type. For a FO, (First Officer), it is 1000hr TT with 200hr on type.

As you can see, the UN DPKO is a lot more stringent with the hours of experience and it is for this reason that you will remain a FO for a very long time.

Other contract flying is as per client requirements. Some contracts may be for oil companies, where the TT could be as much as 4000hr TT 1000hr on type for P1 and min frozen ATP for FO. Some contacts could be aircraft owned and just the crew supplied.

The remainder is airline orientated, without the stability and perks of an airline.

It is sometimes really difficult to get into Contract flying without knowing someone who knows the “right” person.

As previously mentioned, a tour cycle can vary from company to company. The most common rotation is 8 weeks on 4 weeks off. This in itself is not too bad, considering it brings a 4 month holiday every year.

In reality however there will be many a time where the Boss man will ask you to do an extension of tour for some reason or the other. If you decline this request, be sure that it will be well noted and when upgrade time comes, you will be somewhere at the bottom of the pile. Having said this, if there are real solid reasons for not doing the extension, it can be understood. Some companies have few places of operation, so chances are that you will see a part of the world that is not too good. Some have operation in as many as 6 different countries all at once, so travelling light is advisable. Here is a current list of known places of operation.

These are a few of the most well known Contract areas. There are still many more companies out there with all different places and kinds of operations.

It is not uncommon for women to want to be on tour and you won’t be the first. Many female pilots enjoy contracting work as well as men. There must be a huge word of caution though. The conditions are not exactly what women are usually subjected to. Men that you come in contact with on contract might be a little rougher than you are used to. Generally it must be said to be harmless fun but with an alarming lack of tact. Survival will be easy with those with a thick skin and who are able to adapt to the basic environs (including washrooms that you will remember for the rest of your life). You will know in advance if this is for you.

You will need a sense of adventure but don’t expect it to be easy. It is common for the masculine clan to belittle your skills. Remember you have already proven your ability in being able to do this job by passing your exams, your flight test and last but surely most importantly, the interview. The managers that I have worked with over the years know their crew, and they will not employ you if they think you are not up for the job.

As a woman on contract you will definitely find yourself in a minority at social events and as such you will stand out. Prepare yourself for this kind of situation. Suffice to say you will have the most exciting times but remember that it won’t always be plain sailing. You may get a reputation you did not earn.

Whether you are male or female this is one of the most difficult challenges for working in different countries.

Married or just in a relationship, it is all boils down to the same thing. If you can make it through a few months on contract you will make it forever. Being far away and at the best of times with bad communications puts a great amount of strain on even a sound relationship.

The fact that your time off is rarely fixed and changes can happen very quickly or at short notice will not go down well with your partners, family or friends. Unfortunately birthdays and Christmas will become just another workday far away.

Again this will vary from company to company. There are quite a few ways that payment can be made. Most commonly it will be paid every month into your bank account, with some cash as per daily allowance. Some have a very small taxable monthly pay and then a S&T based pay for on tour.

How does the tax free part work you ask, well currently the law states that: if you are out of the country for more than 183 days of a calendar year, 60 of that must be consecutive and travel days are not included, you may be granted a tax break.

So far it may not sound all that great, but I thought it best to start off with all the bad things before I get to the great part.

Contract flying is different from the rest of flying in many ways. The aircraft still fly the same, but the operations are totally different.

You will not get the weather reports that you need.

You will always have a change in the planning.

The routes will not differ (much) from the planned, however the payload always will. Even after years of working with the same crew and the same aircraft the client will still ask you what the max passengers is for the same route and can’t you take any more.

You will fly to some very interesting places. Runways that looks like bananas, full of holes, wet, snow, metal.

Hot and high take offs take on a whole new meaning. Bamiyan in Afghanistan is 8300’ odd, gravel runway that gets into the high 20’s. Go into the graphs of a B200 and be surprised of what will not happen after an engine failure. You may have heard the stories of spiral climbs and crazy descents. Out of Kabul (5780’) it is not uncommon to have to be at FL 240 by 50nm out.

One of my personal best descents was overhead the field FL 250 to 5nm right base to land. It’s really steep and starts off at 6000’/m.

Sand storms to snow storms to just huge rain storms are all part of a normal day in the office during the wrong seasons.

Living on contract is not for all, however if you like the idea of many men running amok with guns, or the possibility of being at the wrong place at the wrong time next to the wrong car bomb, then it might just work for you. Living with different cultures, understanding and respecting them will bring you great moments of joy. You will be welcomed as a guest. You will see and experience things out the ordinary that can never be taken away.

Don’t worry if you don’t make the social ladder on the first tour. All of us were there at some stage. It is something that you have to earn. However braai’s do become legendary. Yes don’t tell your mothers, but there will be lots of drinking from time to time. And if you don’t drink, your decision will be respected. We all live for the next party.

There will be South Africans of some sort in any country that you may fly in. The more the merrier is always rings true at social gatherings. There will be crews from other nationalities as well.

Everyone takes turns hosting the gatherings and it is always great fun.

So if you read this and entered onto a contract with a B200 or B 1900 rating, chances are we will meet up some day, then I will say: See its nice, I TOLD YOU SO.

This info has been moved from my original site because, well the site was old-fashioned and didn't work well on a cell, so I have transposed the original comments below.

How to apply to be a contract pilot

I am one of those guys that is tired of being killed by a student. I am older and wiser now as my career in the military is coming to an end. (I got my license on my own I work as a technician in the airforce). I would love to contract fly. Does anyone know who to talk to?

Life as a contract pilot, does not mean you have to sell your soul to the devil!﻿ I like this post.

Always talking about the pilots.

No time on duty. No off days. Can work in all weather conditions.

And should always listen to the complaints of the air crew.

I would just like to congratulate the writer on one of the best descriptions ever of the system!

I have been on contract 11 years and have been to all the "hell" holes on the planet and do not regret one. Now I fly jets on contract as well in Africa and miss the B200 days! Do not try to jump steps of the ladder, you WILL miss out on a lot! Have fun and enjoy every day.

Life as a Senior Flight Instructor